Everything in life comes with a deadline. Likewise, while wearing protective hairstyles like braids and twists are two good options to experiment with when growing out your afro textured hair, both of them are considered to be temporary remedies. Failing to follow that rule often brings to the table harmful consequences, such as hair loss and traction alopecia.

When going back to square one, those with braids and twists either end up with a twist out or a braid out. While both of the formerly mentioned options are obtained in the same manner, their features and characteristics, despite being eerily similar, are drastically different at the end of the day, separating the two as a result.

Those that are experienced hairdressers can easily differentiate between a braid out vs a twist out and vice versa, but identifying the contrast between the two hairdos can be a nightmare if you don’t have an adequate amount of knowledge.

Whether you’re tired of wearing protective hairstyles or just need to give your afro-textured hair some breathing space, a braid out or a twist out could be the perfect solution with tons of benefits. And if you’d like to learn about the positives that both options bring into the mix as well as learn about the elements that set them apart at the end of the day, then this write-up, which covers everything about a twist out vs a braid out, should be sufficient. If you’re working with short, afro-textured hair, obtaining a braid out could be a great idea. As the name suggests, a braid-out is usually created when an existing braided hairstyle is taken out and let loose. It’s a great option that gives your curls more texture and bounce, and can easily be obtained at home.

A braid out allows the curls to look more healthy, and stretched out due to the procedure it comes with. Despite being easy to create, obtaining a braid out could take some time, which could be an inconvenience to some. However, due to the ability it has of enhancing one’s natural hair, a braid out could be an easy and accessible way to show off the length of your afro-textured hair without damaging the strands.

To obtain a braid out at home, the tools required are simple. To incorporate the healthy visuals that braid outs comprise, all you need is a container of leave-in conditioner, a nourishing conditioner, and oils such as jojoba for moisture. To maintain the strands at night, you may use a silky scarf and wrap it like a bandana to maintain the structure, or can switch your cotton pillow cases for silky ones.

In addition to stretching out the strands and eliminating frizz, a braid out can be a great option to experiment with if you’re seeking versatility. The look can also be incorporated using cornrow stitched braids, but can also be formed using free hanging braids if you happen to be a beginner. A twist out is another option you can consider trying out if you want to showcase your long afro curls in an accessible and stress-free manner. The creation process of a twist out typically comprises the implementation of a two strand twist, but can also be incorporated using flat twists.

A twist out is typically maintained using hydrating oils such as coconut oil, and the strands are typically prevented from breaking out with the help of nourishing conditioners. Just like a braid out, many resort to wearing silky scarves to keep the structure locked in and moisturised.

A twist out could be an easy hairstyle to mimic if you want an option that allows your hair to be weightless and shrink in size. While it is easier to create and isn’t as time consuming, a twist out might not be the best hairdo for you if your strands aren’t lengthy enough. Nonetheless, due to the relaxing appearance the curls receive, and the time-friendly routine it comprises, a twist out can definitely be a great way to give your hair a new beginning.

Braid Out vs. Twist Out: Differences, Similarities, Benefits and More! At the end of the day, if you’re seeking an immediate solution to set your strands free for an indefinite period of time with a look that can drop the jaws of many, relying on the potential of a braid out and trusting the distinct features of a twist out could bring to the table a positive outcome. However, despite being beneficial to the hair and catering to the same hair type, the two creations are extremely dissimilar to one another.

From looking different to comprising different routines, here’s a closer look into all the elements that separates a braid out versus a twist out!

The first difference that separates a twist out from a braid out involves the appearance of each hairdo.

A braid out gives the curls more length by stretching out the strands by a considerable amount, and is typically frizz free. It’s a great look to resort to if you want your hair to look healthy and be densely packed at the same time.

On the contrary, despite having bouncier curls than its counterpart, a twist out is more frizzy due to the lengthier strands it’s created on. The strands on a twist out are not as presentable in contrast to a braid out, but looks more natural than the former option.

The procedure carried out for creating a braid out is also extremely different than that of a twist out.

A braid out is usually formed using various braiding techniques that are typically tighter for the scalp to deal with and more complex to carry out. While the pieces of equipment needed to create a braid out consist of the same lineup as a twist out, the creation process might require you to seek help from a professional. Nonetheless, if you’d like to create it at home, be sure to check out this clip to make things a tad bit easier.

On another note, as opposed to a braid out, a twist out is usually formed using the two strand twist method before the hair is wrapped in a silky scarf to keep the structure in place overnight.

Since two strand twists can be manipulated into the strands without using a series of products, a twist out is believed to be more accessible and can be easier to achieve than a braid out.

A braid out caters to all shapes and sizes of afro-textured hair, but is typically at its best when created on short hair. When obtained on short hair, the strands reprise the healthy appearance and frizz free strands that a braid out guarantees. Short strands also look more presentable when stretched out using a braid out, which typically results in frizzy ends when applied to long hair.

In contrast, to really unlock all the promising features of a twist out, the strands of your afro-textured hair might require some size. This is because, in addition to having curls that are more playful and bouncy, a twist out also shrinks the strands by a tad bit to create the bounce, which could be difficult to mimic on short hair.

While both of them are excellent options to try out if you want to showcase the length of curls with some bounce and take some friction away from your scalp, a braid out comes with a difficult creation process, and a shorter lifespan. When maintained properly, a braid out can last for around 7 days, but can also wear out after 5 days if external factors like unfavourable weather conditions get in the way.

When pitted against a braid out, a twist out isn’t just more accessible to replicate, but also offers wearers a lengthier lifespan. The strands often stay put for at least 1 week before giving in, but can even survive for 2 weeks if the strands are conditioned and moisturised with oil on a daily basis.

Taking into consideration the elements of the previous segment, the decision making process should be anything but challenging. However, if you’re still stuck between a rock and a hard place when taking your pick between a braid out versus a twist out, relieve that issue with the help of this portion of the write-up!

Q: How long do braid outs and twist outs last?

A: A braid out definitely allows the curls to look more defined, gives them healthier visuals, and make the saturation of the hair dye more concentrated with the density of the strands. In addition to being more difficult to create at home as opposed to a twist out, braid outs also come with a short timeline. At its peak, a braid out can last for 7 days.

However, if the strands aren’t maintained with oils and through regular conditioning, the laidback hairdo fades within 5 days.

On the other hand, although a twist out requires the strands to be slightly longer and makes the cuticles more frizzy, it can be worn for at least one week. Furthermore, if maintained properly, the look can even stay consistently sound for a whopping 2 weeks!

A: Contrary to popular belief, a braid out or a twist out isn’t effective at growing the hair. While both of them will give your scalp the break it deserves from tightly packed braids and voluminous twists, neither of the two will fasten up the hair growth journey. Incorporating one of the two options will save your scalp from traction alopecia, but factors like your diet, genetics, and lifestyle will shape the growth of your hair.

Overall, we hope this article allows you to obtain more knowledge on a twist out as opposed to a braid out, and makes things less conflicting the next time you have to set the two apart.

When picking between a braid out and a twist out, you should prioritise three things before finalising your decision.

If you believe that the length of your afro curls aren’t as sizable as you’d like them to be, but want to transform the locs with tons of wave-like patterns, a bit of size, and healthier visuals, consider experimenting with a braid out.

On the other hand, if you’d like to boost your grown out afro-textured hair and add some bounce to the cuticles, obtain an overnight transformation with the help of a twist out. In addition to offering an easier procedure, a twist out also tends to last longer in contrast to its counterpart in this write-up, making it more favourable in the long run. 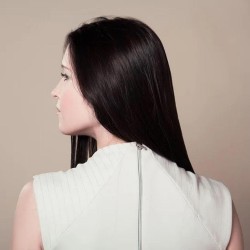 Hi and welcome! My name is Amy and I’m a hair stylist & passionate blogger. When I am not writing or studying the hair care techniques, I enjoy spending time with my dog Pluto. My purpose with this website is to help you get the best hair styling & hair care tips and products.